The following is from O.K. Carter’s book – Caddos, Cotton and Cowboys: Essays on Arlington. It’s a sneak peek at a new chapter for the upcoming 2022 revision.

Pick up virtually any book of history and chances are that 90 percent of the material within it will be about the achievements of men (and that’s being charitable), or at least about men taking credit for events.

Caddos, Cotton and Cowboys has this same issue, the reality being that for much of Arlington’s history, men were dominant in commerce, politics, culture and a big chunk of civic life. It took, after all, about a century for the women’s suffrage movement to finally allow women to vote, that coming in 1920.

That acknowledged, there have been many influential Arlington women who prospered and prevailed under difficult circumstances. Consider, for example, pioneer settler Margaret Beeman. She was a teenager when her family brought her to muddy Bird’s Fort (now north Arlington and part of the Viridian mixed-use project), the fort subsequently abandoned. The Beemans moved to Dallas, where Margaret met, and married, the father of Dallas, John Bryan.

Though Bryan is a legendary Dallas figure, he was also temperamental, occasionally to the point of gunplay that resulted in his shooting at least two people. He also had a bad case of the wanders, tending to disappear for long periods to either avoid legal issues or to try to strike it rich prospecting. Margaret Beeman Bryan, however, was solid, she and her family members running prospering businesses while Dallas transformed itself from Texas wilderness outpost to the legendary city it has become. Even today, local Arlington historians make note that it took one of their own to create Dallas – Margaret Beeman, the Arlington pioneer who became the mother of Dallas.

Carrie Rogers celebrated her fifteenth birthday when the first Texas and Pacific train pulled into Arlington on July 19 in 1876. The Civil War had destroyed her family economically. By the time she showed up in Arlington to live with her grandfather, both her mother and father had died.

Rogers married, then divorced, a wealthy Arlington merchant, but then became an entrepreneur in her own right, building a hotel and numerous houses, sometimes as many as a dozen a year. She wrote newspaper articles and ramrodded the newly created Improvement Society advocating for everything from sidewalks to a new opera house. When city officials decided that a more motherly approach might be more efficient in dealing with rowdy young men, Rogers was named city marshal – the first woman in Texas to hold such a position and for decades the only such woman in the state to be a police chief.

Always colorful and adventurous, she had the city’s first swimming pool constructed and also built a giant treehouse spreading across several tree, using it to host civic events. By the time she died in the late 1940s she was the stuff of which local legends are made.

Even after women obtained the vote, it was rare for them to be successful in local politics. Though Mrs. R.D. Covington was the first woman to be elected to the Arlington school board in 1920 – the same year women obtained the vote – it would be 48 years before another woman, children and education advocate Christine Barnett, would be elected a school trustee and herself become the namesake for one of the district’s schools. It would be even longer before the first woman would be approved by voters for the city council.

Elected official or not, women have always wielded influence, if not officially then unofficially. One such key influential was Helen Wessler, a successful realtor in the 1940s and 1950s when 95 percent of realtors were men. It was Wessler who noticed children going to school barefoot on a day when a cold Texas norther blew into town. Incensed, she cornered several local businessmen at a local coffee shop and persuaded them to start Arlington Samaritans to provide gifts to needy children at Christmas—and also new shoes.

Not content with this, she then persuaded the school district to start its first free lunch program for low-income children. Both programs continue today, though Samaritans has been incorporated into a bigger, similar endeavor called Goodfellows.

Martha Walker, then an urban studies graduate student at UT Arlington, decided to run for city council in 1972 at the urging of her bridge club. She won, becoming the first woman councilperson, though the city had been in official existence for 88 years.

“It was a year that for the first time there was a lot of emphasis on women in public office,” she recalled. “I eventually ran because I was interested in serving on the council, not just because I was a woman.”

Walker, a banker by trade, served 10 years on the council in the midst of the city’s most dramatic growth period.

Walker’s success opened the floodgates of access to local politics. Those included the second Arlington female councilmember, Carolyn Snider. Though women leaders had many intellectual and creative skills, the tendency in politics was for them to develop great expertise—and dogged persistence—on an assortment of special interests and projects.

Snider was soon joined by Dottie Lynn (a champion for the Green Oaks loop), Julia Burgin (raising consciousness for the environment and landscaping), Lana Woolf (the champion of downtown) , Councilmember and State Rep. Paula Hightower (a devoted children’s health advocate), Barbara Nash (the only person ever to be elected to the Arlington School Board, serve on the council and be a state representative), Diane Patrick (Texas State Board of Education, state representative and Tarrant County College trustee), and Katherine Wilemon (the council’s regional transportation liaison).

Women, too, eventually became pioneers in another business arena—local newspapers. Sue Perkins became the first editor of the Arlington Daily News, Donna Darovich the first female managing editor of the Arlington Citizen-Journal and a national award-winning columnist, to eventually be followed by Sharon Cox as the C-J’s first editor. During both Darovich’s and Cox’s tenures, the C-J was the most award-winning non-daily newspaper in Texas.

The list today goes on, some in politics, some in business, like Realtors Elaine Sutherland, Billie Farrar, and Rosemary Gould. Or, Helen Maddox, one of the founding members of the women’s division of the Arlington Chamber of Commerce.

There were also cultural icons, none more representative than performer, dance studio instructor and owner Persis Forster, who over decades brought the world of dance to hundreds of young girls and boys.

Travel agency executive Linda Dipert wanted women to have more prominence in philanthropy, which resulted in her becoming the founding member of Women Inspiring Philanthropy, a non-profit group of women seeking to transform lives in the Arlington area by investing hundreds of thousands of dollars in myriad areas, including culture, education, the environment, family and health wellness.

By 2018, women dominated both the Arlington City Council and School Board.

More examples? Artist and writer Arista Joyner wrote the most complete history of Arlington through 1910 ever, in the process helping co-found the Arlington Museum of Art with her husband, Howard.

Sylvia Greene was perhaps the most critical driving force behind creation and early development of the sprawling River Legacy Parks, as well as numerous other civic endeavors.

Is the list above incomplete? Absolutely. But perhaps this chapter will be at least a small part of the remedy, though many are deserving of far more credit for Arlington’s remarkable accomplishments. 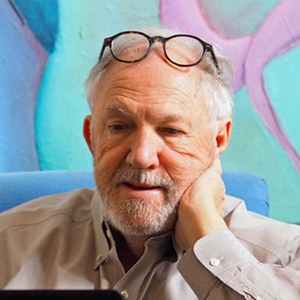 Former Arlington publisher and columnist at The Fort Worth Star Telegram, author of books, freelance writer, and public relations consultant—O.K. Carter has long had his finger on the pulse of Arlington history.
← Previous Article